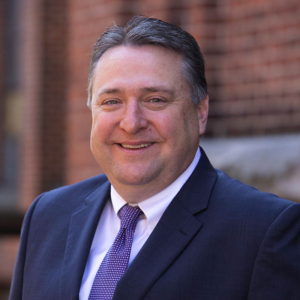 After working for years in the financial software industry and then the local and regional Chambers of Commerce in executive positions, Jeff began working for the Massachusetts Office of Business Development where he managed tax incentives and key development programs that experienced over $250,000,000 in capital investments throughout the Western Region of Massachusetts.

He authored and obtained local, state and federal approval on an Urban Renewal Plan that will spark over $35,000,000 in new mixed-use and transportation development investments in Downtown Westfield, MA. Additionally, Jeff developed feasibility studies to potentially unlock over $68,000,000 in public and private investments.

Most recently, Jeff was the Founder and Principal of a real estate and economic development consulting firm. Under his leadership, he managed all development, contracts, project financial management, scopes of work and staff that successfully implemented projects for clients. Jeff also managed client relations, government relations, vendor and subcontractor relations.

Jeff also served as the Executive Director of the Westfield Redevelopment Authority, a member of the Pioneer Valley Transit Authority Board of Directors, as well as on other non-profit boards and advisory panels.